The “Startup Ems-Dollart Region” project aims to promote cross-border cooperation between start-ups and young entrepreneurs between the north of the Netherlands and north-west Germany. The project partners come from all parts of the Ems-Dollart-Region: Inqubator Leeuwarden, Zero to One in Emmen, Carl von Ossietzky University Oldenburg, it.emsland, Emder GründerInnenZentrum and Hanze University of Applied Sciences Groningen as lead partners. A number of other partners, both on the Dutch and the German side, have an advisory or supporting function within the project.

The project duration is three years and covers the period from 1 June 2019 to 30 June 2022. The Startup EDR project is financed by the INTERREG funding programme, which supports cooperation projects along the European borders from the European Regional Development Fund (ERDF). The provinces of Drenthe Fryslân and Groningens as well as the state of Lower Saxony are also involved.

Actors of the founder ecosystem

A well-developed start-up ecosystem should make it easier for founders to access important start-up resources. This ecosystem consists of companies, public authorities, educational institutions and other public and non-public institutions. The aim is to ensure the best possible digital networking of all participants in order to create a sustainable cross-border network. This should reduce the barrier effect of the border and enable participants to cooperate beyond the national border.

Involvement of the regional economy and population

The Startup EDR project therefore plans to expand consulting activities on business start-up issues, especially with a cross-border focus, throughout the entire Ems- Dollart region and to develop and communicate the associated potential. In doing so, existing actors and activities of the regional ecosystems are to be used in order to involve and link the population and economy on the German-Dutch border. In this way, the innovative strength of the entire Ems-Dollart region is to be stimulated in the long term and new career prospects and jobs promoted. 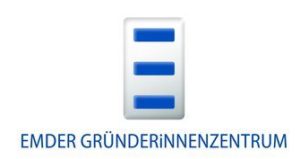 This project is made possible by: